The goal of this project is to create an ember generating device which mimics the output of firebrands at the wildland urban interface during wildfires. This ember generator will be used by researchers and students at the University of Idaho's College of Natural Resources in fire behavior studies and testing of fire-resistant materials.

Ember generation is a byproduct of fires. Wildfires are expanded through the emission of embers which start spot fires downwind. Embers emitted from wildfires can cause structure fires at the wildland urban interface. Understanding how these embers interact with natural and human-made material is important in stopping the spread of wildfires and designing fire-resistant construction materials for buildings. Researchers need a way of observing and testing controlled ember-structure interactions that is realistic to wildfire scenarios and can be scaled down and made safe.

Wildfires are responsible billions of dollars in damage per year, but a better understanding of how these fires interact with materials could greatly limit these costs in the future. With the goal of better understanding of wildfires and their impact, an ember generator is being designed to output firebrands at a flux equivalent to that seen in wildfires. This will allow for testing and research of an accurate, scaled down wildland fire scenario. It has been shown to be difficult to accurately recreate these scenarios in a lab setting but having a system that can do this will be helpful in a further understanding of forest fire damage. Our group will design and build a working ember generator to meet the requirements needed for physical testing of wildfire impact on structural materials.

The end product will be a fully functional ember generator capable of outputting a steady stream of embers for 15 minutes without refueling.

Throughout the 2020-2021 academic year, our client requested a 35%, 65%, and 95% design. The 35% design is our initial design. After testing this prototype we will gather client feedback and redesign for the 65% benchmark and repeat this process for the 95% design. After building this model we will modify it to our client's specifications and deliver a final product.

The criteria shown in the table are the agreed upon project specifications from our first client interview.

Our initial design, based partially on the NIST Baby Dragon, has a hopper with a motorized wheel to feed woodchips to a mesh holder. A propane flame ignites the woodchips from below and a blower attached to the side of the flame lifts the embers up the vertical stove pipe. An additional blower or wind tunnel can be attached to the top of the set up to blow embers horizontally downwind.

Upon testing, we discovered the second blower was unnecessary and simplified the design to an 'S' shape made of stove pipe with a multivariable blower connected to the bottom inlet. A propane torch is attached just above the first 90 degree bend with a circular mesh above the flame which holds woodchips fed from a hopper attached to the side of the 'S' shape structure. Embers are lifted from the burning woodchips by the air from the blower out the top outlet and blown horizontally. A frame made to 80-20 t-slots is used to hold the structure in place.

The initial design for the wheel feeding system is a motorized shaft with four metal pegs which hold silicon fins that fill the diameter of the square hole between a hopper that holds the woodchips and the piping to the propane flame. Silicon was chosen because it is heat resistant and flexible, reducing clogging from larger woodchips.

Our client gave us access to the Idaho Fire Lab, a concrete building used by the College of Natural Resources to study fire behavior, throughout the semester to test our designs.

Our first test was a simple proof of concept that embers could be blown vertically up a stove pipe. We built a wooden frame that held a small propane torch. We added a 7" diameter stove pipe above the torch, which we outfitted with an internal steel mesh to hold woodchips. We loaded the woodchips from the top of the pipe and turned on the propane. After a fire was started, we moved the stove pipe from the flame to above a fan, to see if embers could be lifted out of the pipe without extinguishing first.
Embers were successfully lifted into the air. Our next step would be to create a stand that allowed for air to be blown through the system while the flame from the propane torch was still on.

In the second test, six holes were drilled into the original wooden frame so that a fan added to the bottom could blow air into the stove pipe. This test was successful, although it was found that pine needles produced more embers than large woodchips. We decided to include some experiments in future testing to determine which fuel type produced the best ember. The fan we were using was plastic and would get embers stuck in in, so we decided to buy a metal fan. The mesh we were using oxidized and broke, so we decided to get expanded metal for future testing.

In the third test, a larger torch was used. We used to elbow joints to create a set up with a horizontal stove pipe at the bottom that attaches to a blower at one end and a vertical stove pipe at the other. The propane torch is attached at the elbow joint and expanded metal was used as the woodchip holder on the vertical piece. At the top of the vertical piece another elbow joint was attached so that the embers generated would blow horizontally instead of vertically. Woodchips were added from the top, but in the future there would be a hopper that fed the woodchips from the side of the vertical stove pipe onto the expanded metal. This set up way able to blow embers horizontally, which was the goal. The larger torch worked well and was able to create embers quickly. The embers that were created were very large when using large woodchips, so some more experiments with woodchip size will need to take place to determine which size creates the best ember. Additionally, the expanded metal held up better than the mesh, but still warped over time. Woodchips and embers were able to fall though the holes in the metal as they were bigger than the mesh pores. We will look into buying a fireproof mesh or layering expanded metal to reduce the size of the holes. We also purchased a metal, remote controlled blower for future testing. 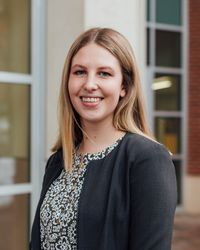 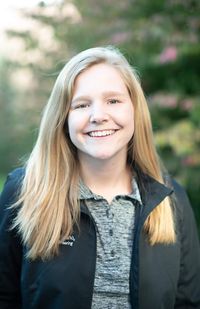 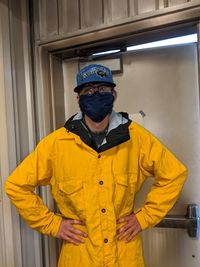 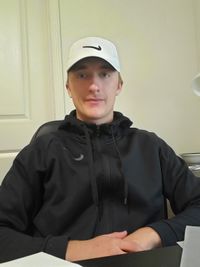