LabVIEW is a graphical coding software that is used with the dilution tunnel for data acquisition. This tutorial walks through setting up and calibrating the dilution tunnel’s LabVIEW file, but if you want to learn more about LabVIEW itself there are some very helpful videos at National Instruments’ website

To start, turn on the data acquisition unit and computer on bottom of the emissions cart. On the middle monitor in the observation room, log into the ME 430 user. Open the LabVIEW software from the desktop, then open Dilution_tunnel.vi (shown above). This is the main screen that you will keep open during testing. It displays data coming from the TEOM, the Dilution Tunnel, and the Horiba gas analyzer, as well as a status and error section. Each section has its own separate code, excepting the error section, which draws from the other three codes.

To ensure that Dilution_tunnel.vi is displaying the correct data, each of the three codes it reads data from must be calibrated. This calibration involves updating the gain and bias constants of the sensors. The Gain constant is found by dividing the full measurement by the full voltage. For example, a 0-100 psia pressure sensor with a 0-5 V output would have a gain of 20 (100/5). Once gain is established, bias can be found by measuring the signal at zero output, then adjusting the bias until the sensor reads zero. Once the constants are set, LabVIEW will read the output voltage from the sensor, then multiply by the gain, and then subtract the bias to get the final measurement. Recalibration is not necessary every time you test, but over time the sensors will “drift” and need recalibration. 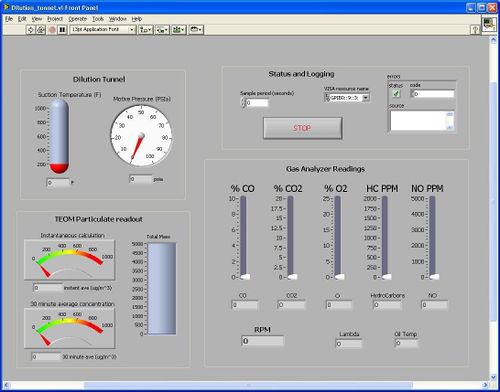 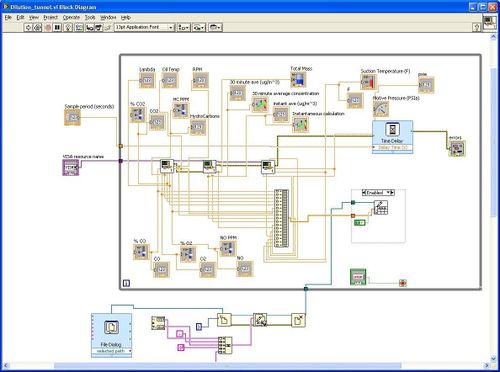 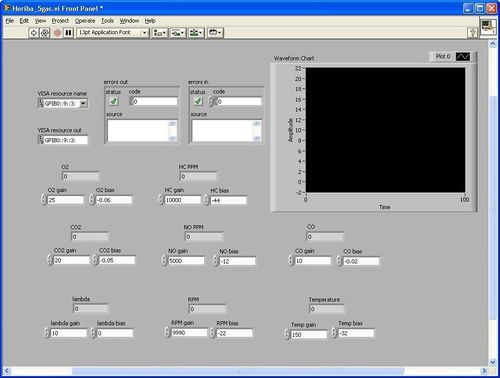 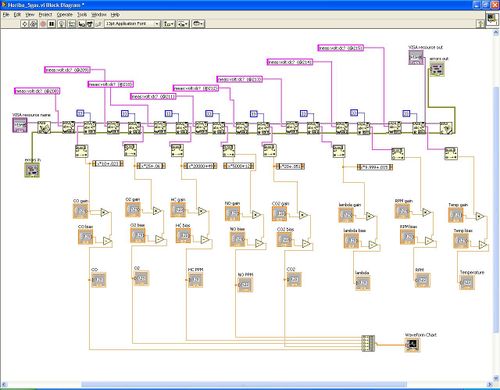 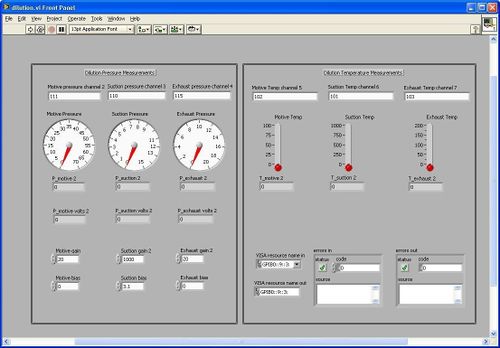 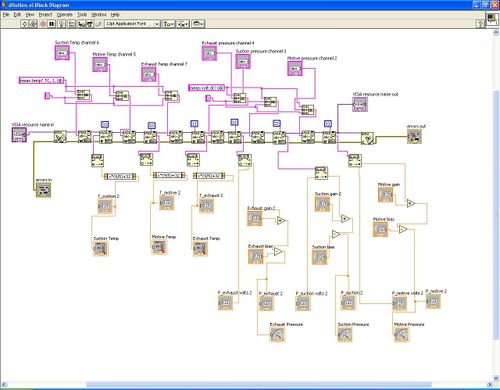 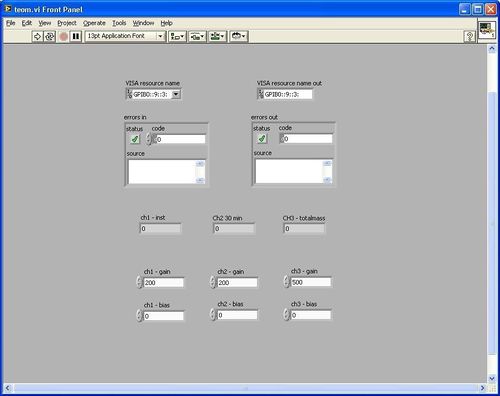 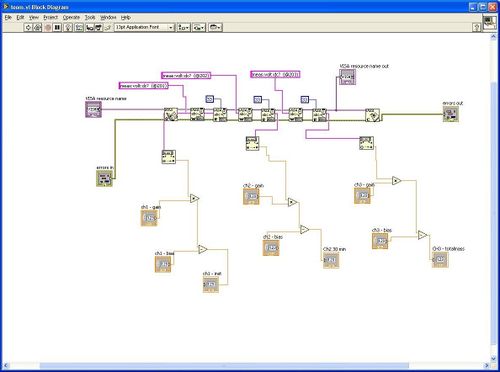