In developing countries, farmers do not have access to decent seed storage facilities. When farmers try to store their supply of seed, insects and wet climates often destroy it.

In wealthier places like the United States, it is easy to store seed with little risk of destruction by insects or premature sprouting due to moisture. In developing nations, especially in rural areas, much of the loss of crops occurs after harvest, during storage. Insects destroy seeds and monsoons bring moisture that causes the seeds to sprout before they are planted. By providing an inexpensive method of storing seed for long periods of time, we can reduce loss, allowing more wealth and food security for rural farmers.

Our main deliverable is an airtight and watertight container inside which seeds collected during harvest can be stored for up to two years for later planting. The container will be vacuum sealed at a vacuum pressure of at most 20 inch of Hg to kill insects mixed in with the seed. It will have an attached vacuum pressure gauge to monitor the integrity of the seal. Included with the container will be a 12v vacuum pump to bring down the absolute pressure and remove water vapor and a tarp to shield the container from rain and direct sunlight. Other deliverables include a visual instruction manual detailing the assembly, use and maintenance of the container.

The original design our client proposed was going to be a tube made out of PVC. Once it was determined that PVC at the needed diameters was too expensive, we switched gears and came up with a new idea.

This second design featured a 55 gallon plastic drum with a removable lid. The valve system was attached to one of the small, threaded openings to allow a vacuum seal. However, the barrel deformed too much when not completely full of seed and air was still able to leak back in at an unacceptable rate.

The third design is simply a thick trash bag with a PVC tube, with holes drilled into it, and the valve system attached. A 6 mm bag is then sealed around the PVC pipe, allowing the seed to be vacuum sealed in the bag. We were unable to get an airtight seal between the PVC pipe and the 6mm bag.

Our final design is a modified "Spacesaver Bag". Normally, Spacesaver bags are used by filling them with clothing, closing the opening, and attaching a vacuum cleaner's hose to the valve on the front of the bag, pulling out the air and compressing the clothing inside. Our modification began with filling the valve with silicone caulk, and attaching a through-bag connector to the bag. We screwed the valve assembly into the through-bag connector. Upon applying a vacuum, this system performed better than any of our previous designs. In approximately 13 days, the bag leaked from 22 inHg below atmospheric pressure to 13.75 inHg below atmospheric pressure. Our best leak rate was achieved at -0.026 inHg/hr

For this experiment we had to determine at what vacuum pressure the barrel would collapse.

The results of the real-world test on the barrel revealed a few issues. The leak rate of air back into the "sealed" barrel was too high. We thought affixing a gage assembly to the lid would give us an ideal sealed container. Unfortunately, the drum had serious durability problems. The barrel also deformed too much, mainly around the mid-section. Adding seed to the barrel helped it keep its shape but it still leaked air at an unacceptable rate. Under 5inHg of vacuum pressure, the drum began to buckle and implode. Even with a wooden brace inserted and seed filling the barrel, the buckling proved to be too much. The barrel could not maintain a seal for longer than a minute. 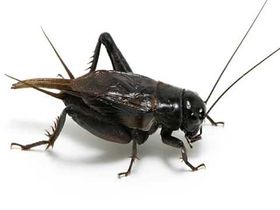 This experiment was performed to test the life of insects in a vacuum environment. Crickets were chosen as the test specimen. They were put into four separate clear glass soda bottles, corked with a Foodsaver cork, which allows air to be pulled out of a container, but not to flow back in, forming a vacuum, and vacuumed down to different pressures. The results showed that a 20 inHg vacuum would immediately made crickets lethargic, and they died within a few days. Under 15 inHg of vacuum pressure, the crickets survived for almost a week. The food placed in the 10 inHg vacuum bottle spoiled, and the crickets died in three days, but this was disregarded because it appeared they died from starvation or spoiled food, rather than the vacuum. The control group survived for about a week. We continue to aim for 20 inHg of vacuum pressure. 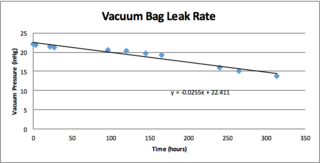 This data was quite different than that of the previous leak rate tests as it followed more of a linear trend. For this reason a linear function was chosen to fit the data. As seen from the equation, the leak rate when taken from start to finish is about .026 inHg/hr. This is about 3 times less than the leak rate of .084 inHg/hr for the first thru-bag connector test. According to the equation, if starting at a vacuum of 22.4 inHg the ending vacuum pressure at the end of day 3 should be close to 20.5 inHg. This will ensure a greater insect mortality rate. For these reasons, this design will be chosen as the final design. The addition of oil to the thru-bag connector gasket along with double bagging the seed and adding adhesive tape to the opening of the bag has greatly contributed to the reduction in the bag leak rate.