The goal of the project is to design a control device to control the livestocks in the rancher away from an exclusive region,providing a non-gps, low power consumption and low cost solution.

Nowadays, many companies had provide solutions of GPS virtual fencing systems in order to remove the high cost iron fences, providing possibility to control livestock’s outside the rancher with mobile devices. However, the gps is quiet expensive and somrtime its hard to receive signal from satelites Thus, our goal is to design a budget friendly, low power consumption wireless fencing system, with local transmission network. To be specific , the cost on every animal should be around or under $50, and capable of working with out charge for at least a month.

The rancher require a wireless control system without gps or internet access,so we first consider some wireless signal options.At the begining we list sevral approaches(Wifi,ZIgbee,Bluetooth,NFC,nRF24l01),after comparison we exclude wifi(too much bandwith for our purpose compare to zigbee),Bluetooth(HIgher power consumption),and combined nRF and nfc into nRf24le1 + RFID. According to our client, the main issue this device aims to solve is to prevent livestock in the rancher enter a stream surrounded with plants, where they want to protect.Different from the inclusion part, what we will do is place beacons along the borders of the “don’t enter area”.
The benefit of this approach is it has better flexibility. Not only can we prevent animals away from the stream, we can also circle a certain area and exclude the cows from it, such as dangerous zone, construction site, grass regeneration etc. since the architecture is based on small beacons, we can easily change the borders too. Meanwhile, figured out by one of the teachers, maybe we can even mount the device on some drones, becoming a “virtual cowboy”.
Now lets talk about xbee part.It is common sense that the strength of signal has a relationship with distance. The shorter distance between our phone and router, the better signal we will get. Actually, there is a value in our phone showing that the strength of signal called RSSI, received signal strength indicator.

In telecommunications, received signal strength indicator (RSSI) is a measurement of the power present in a received radio signal. RSSI is usually invisible to a user of a receiving device. However, because signal strength can vary greatly and affect functionality in wireless networking, IEEE 802.11 devices often make the measurement available to users. 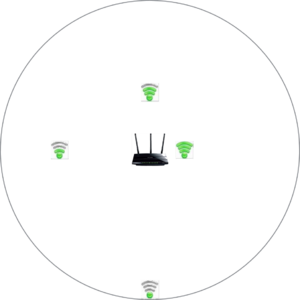 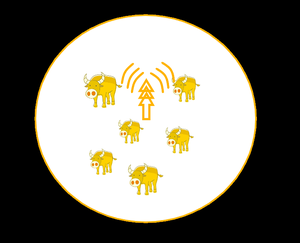 So we replace the router we imagine with our transmitter, and the phones with our receivers on the livestock. We followed the idea of RSSI, since we’ve already known the there is a relationship between the RSSI and distance. For this plan, as long as the receiver can get the good signal, our livestocks won’t be affected by our devices. Otherwise, the livestocks will be shocked to drive them back to the safe area. We call this plan inclusion plan.

The main idea of this project is to create a non-gps based control system, so we first went into some searching in wireless transmitter. At the very beginning, we were planning to use interphone or other similar stuff. But these stuff cannot satisfy our low-energy-cost requirement, so we turned into some ultra-low transceiver chips.

We are now divided into 2 small groups, using 2 sets of chips at the same time in order to compare them.

First,The nrf24l01 group, or the exclusion group. THis group aims to keep the live stock away from specific area by creating several base transmitter around the edge of the exclusive zone. Due to the simple structure of nrf24l01, this choice would cost lower power consumption. Compare to other similar transcievers, this chip is relatively cheap and provides good communicate quality. For example , comapre with zigbee, this chip has better range performance, but due to simplified compoments, nrf does not have complete rssi function but simple rpd function. 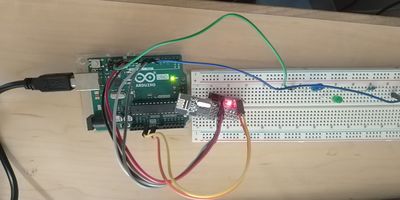 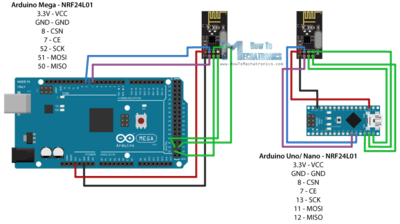 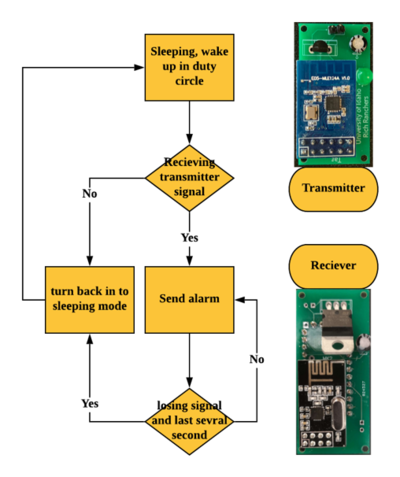 In order to make the connection between transmitter and MCU more stable , we decided to create our own PCB board. Dan take his time and make one prototype for us, and we printed it with help of Mr.Mike. 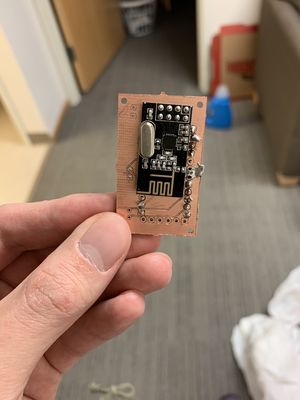 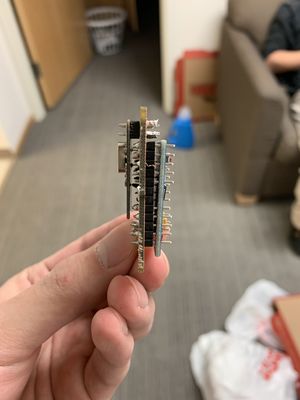 On the xbee part, we decided to take the inclusion approach, which means keep the livestock within one or several big circle. With higher cost in both budget and power consumption, this chip can provide far more fuinctionality compare to nrf24. This chip can transmit and control detailed to specific chips, by using the different physic address those chips have. The chip would stay in sleep mode for most of the time to save power, and wake up to send alarm while the live stocks reaches the edge, determine by the range related parameter RSSI. 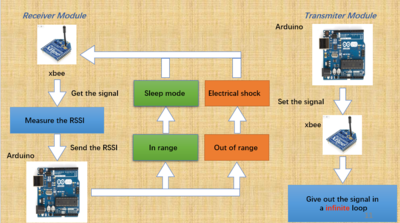 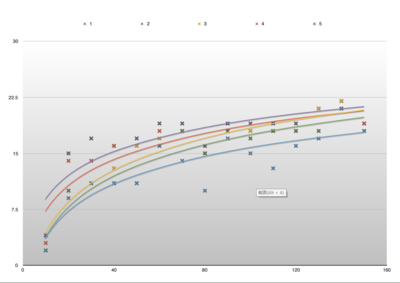 For the transmitter part, we are using XBee and Arduino. The process starts from Arduino. The Arduino chip keeps asking the XBee to giving out signal infinitely.

Then, for the receiver part, it starts with the XBee. After our XBee chip receives a signal from the transmitter, it will read the RSSI of the signal. And then this value will be sent to Arduino. The Arduino chip will judge whether the size of RSSI meets our need. If we get a good RSSI, the receiver will go to sleep mode to save power. But sleep mode is still under develop. If the RSSI doesn't meet our need, we will apply an electrical shock to the animal, which was done by the department of a natural resource. After all,it's going back to the beginning of the flow path.

The Software we use is called XCTU, which can control the chip via pc. we had move the reciever to the arduino platform but still working on the trasmitter side. 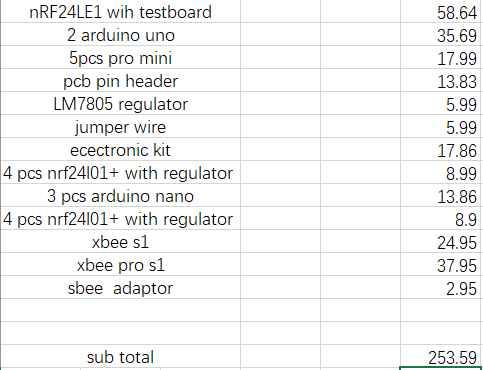 Next, we will design a working sleep mode to allow our controller Arduino and Transmitter chips to switch back and forth between working and sleeping, thus saving more power. In addition, we also have a positioning idea, because, from our practical knowledge, we know that cattle occasionally get lost in the pasture. If the chip on each cow can report their location to us, it will be a function for the rancher to use. The function of positioning is mainly achieved by reducing the distance between transmitting ends. By making each cow be covered by signals from more than three transmitting ends, we can calculate the specific position of the cattle through the signal strength of each transmitting end, so as to achieve positioning.