Geometric DImensioning and Tolerancing (GD&T) is a system of rules and symbols used for describing the geometry of parts. Common GD&T practices provide accurate communication of design intent between manufacturers, engineers, and machinists.

GD&T is a compact language for describing a part that replaces notes with symbols. It is used worldwide under the ISO 1101 and ASME Y14.5M standards. This system is defined by the tenants of clarity, improved inspection methods and realistic tolerances that give manufacturers better control of fit, function and design. GD&T practices allow for the control of a parts dimensions and geometric qualities such as flatness, roundness, symmetry and more. These practices have grown in use with the globalization of the manufacturing market. If a company outsources the manufacturing of a part, there must be standards to assure that there designs and the manufacturers match. GD&T facilitates precise control over parts regardless of construction location. ie: a part made in Germany will fit with the housing made in the U.S.

To build an object as precise as possible, complete information about shape and size of the object must be available. Orthographic drawings, developed following standard drawing practices, are used to express the exact shape of an object. Most drawings included shaded models and orthographic drawings for the person building the part can see understand, and visualize the part clearly. Dimensioning a drawing can be described as the process of adding size information to the drawing [1].

The science of geometrics is applied to specify and tolerance the shapes and locations of features on objects. Once an orthographic drawing has enough information to fully define the shape the size specifications can be added in the form of dimensions. Note that by dimensioning a drawing, the tolerance for each dimension can be identified. Graphics, dimensions, and words are the three elements for a fully defined part that make the intent of the designer clear to the person building the part as well as the inspector inspecting the part. Moreover, it's important to take into consideration that the necessary information to make the object is present, without excessive dimensions such as duplicating a dimension or dimensioning the same feature in multiple ways [1].

The dimensioning of parts is based on: 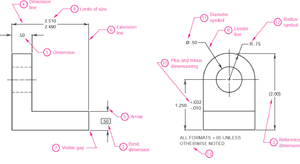 Figure 1: Representation of each numbered terminology [1]

Some important terminologies to specify size and location of features illustrated on the drawings by numbers are: 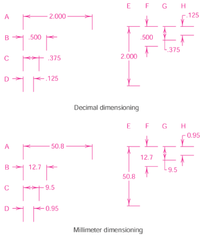 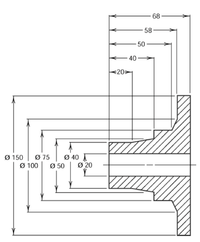 The guideline is that of clarity and if two guidelines seem to conflict, the one that most clearly represents the size information is to be used [1].

Tolerance: "is the total amount a dimensions may vary and is the difference between upper (maximum) and lower (minimum) limits. Tolerances are used to control the amount of variation inherent in all manufactured parts. In particular, tolerances are assigned to mating parts in assembly" [1].

With the use of tolerancing, interchangeable parts are possible, which is a great advantage of tolerances. Moreover, they're used making drawings to manage manufacturing processes more precisely as well as to control variation between parts [1]. However, to get more accurate and precise parts, more time is needed to be spent and that will increase the cost. Therefore, whenever possible, only specify a critical tolerance if there is a need for a part to have high precision, such as when there is a type of fit specified. 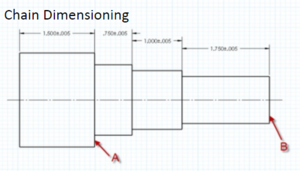 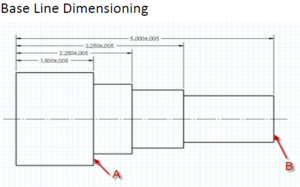 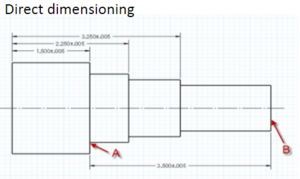 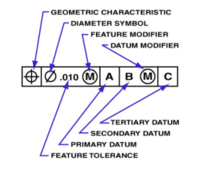 A features tolerance information can be described in a box, which reads from left to right, called a feature control frame.

Although there is a granulated spectrum of engineering fits, they can be generalized into a few categories.

Slip fits allow for easy removal of a part. best practice for these fits are to under size the size of a part by a a few thousandths of an inch.

They occur "when two toleranced mating parts will always interfere when assembled" [1]. These fits use the forces of friction and compression to fix a part in place. For this type of fit the part is sized 1 or 2 thousandths larger than its slot. Because the part is deformed when it enters the slot

These occur "when two toleranced mating parts will always leave a space or clearance when assembled" [1].

These occur "when two toleranced mating parts will sometimes be an interference fit and sometimes be a clearance fit when assembled" [1].

The following is a table of important symbols, rules, and guidelines [2]. 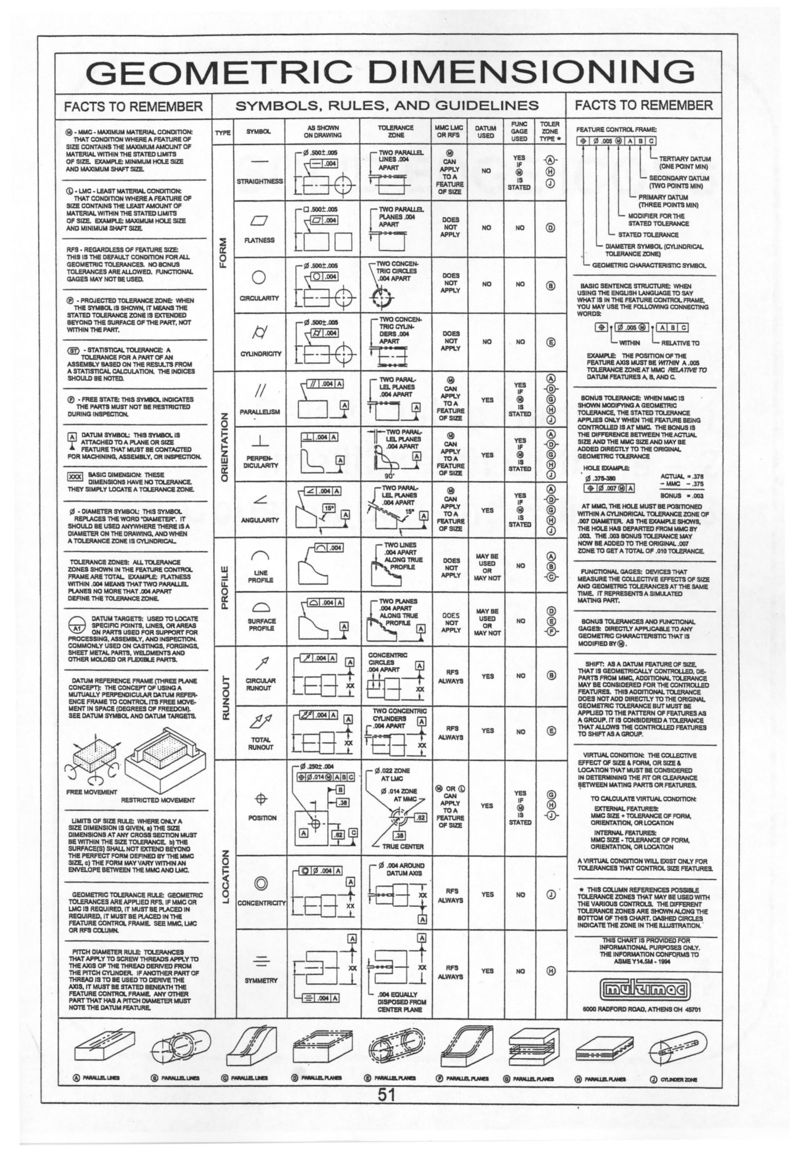