The goal of the project is to design, build, and evaluate a variable speed and variable incline treadmill for exploring the impact of locomotor activity on the development of motor control and musculoskeletal tissues. For a video introduction, follow this link https://www.youtube.com/watch?v=z1XA3Up0-xQ&feature=youtu.be

Murine models are routinely used as an alternative to human testing for a variety of applications. Often an exercise factor is introduced to evaluate its influence in behavioral and physiological changes. Accordingly, many medical research supply companies offer commercially available, variable speed murine treadmills including the Omnitech AccuPacer, Colulbourn Treadmill, and Maze Engineering Treadmill. All these products are very cost prohibitive which prevents any poorly funded or newly-established labs to conduct murine studies involving exercise. Another limitation is the lack of a transparent belt design which is imperative for comprehensive gait tracking. While products such as DigiGait use a transparent belt, they integrate uncustomizable, proprietary gait tracking software and lack other customary features including incline adjustment. Furthermore, all available products were designed for use on fully grown subjects and lack important design considerations required for use in developmental studies. These considerations include small form factor, external controls for use in an incubator, and lower operational speeds. Therefore, Rat Track was developed using off the-shelf components and open source technology which offers customization, local construction, and lower costs. Rat Track also provides additional features and design considerations for use in gait tracking of developing murine models.

The client has listed the project requirements in order of priority. It is anticipated that all of the following requirements will be met. 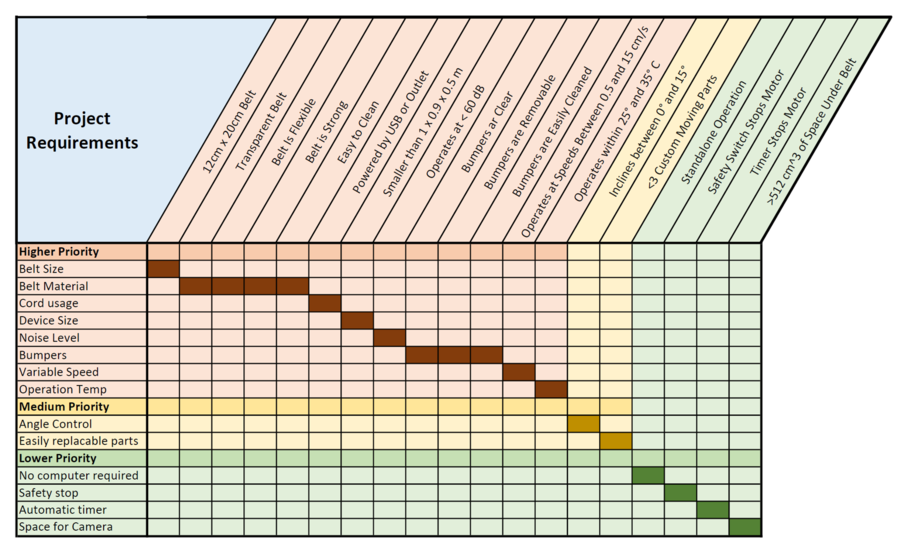 The allocated budget was $2000 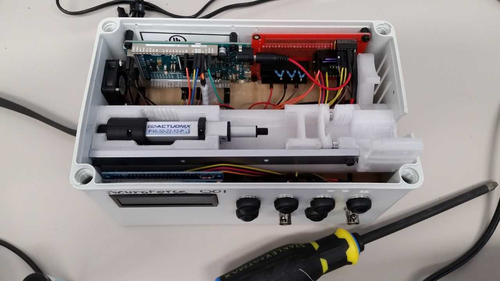 Linear actuator used in a pump

Stepper motor used in a pump 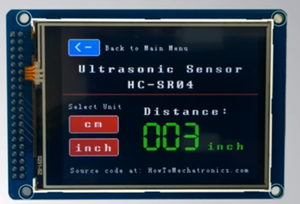 Example of a touchscreen interface

Overall Design
Rat Track consists of a transparent belt elevated above a platform where a motion tracking device or camera could be placed. The belt surface can be inclined between zero and fifteen degrees and is driven by a stepper motor that can operate at speeds between 0.5 and 15 cm/s. Above the belt surface is an acrylic enclosure for containing the subject and facilitates gait tracking from the sides and front. The control box houses the majority of electronics including an intuitive touchscreen interface for setting the time and speed of the treadmill. Furthermore, the control box is separate from the treadmill and can be operated outside of an incubator or other controlled environment.
• Incorporates simple design and widely available components for easy replication
• Includes design considerations for use with smaller, younger subjects
• Costs a fraction of what commercial options cost 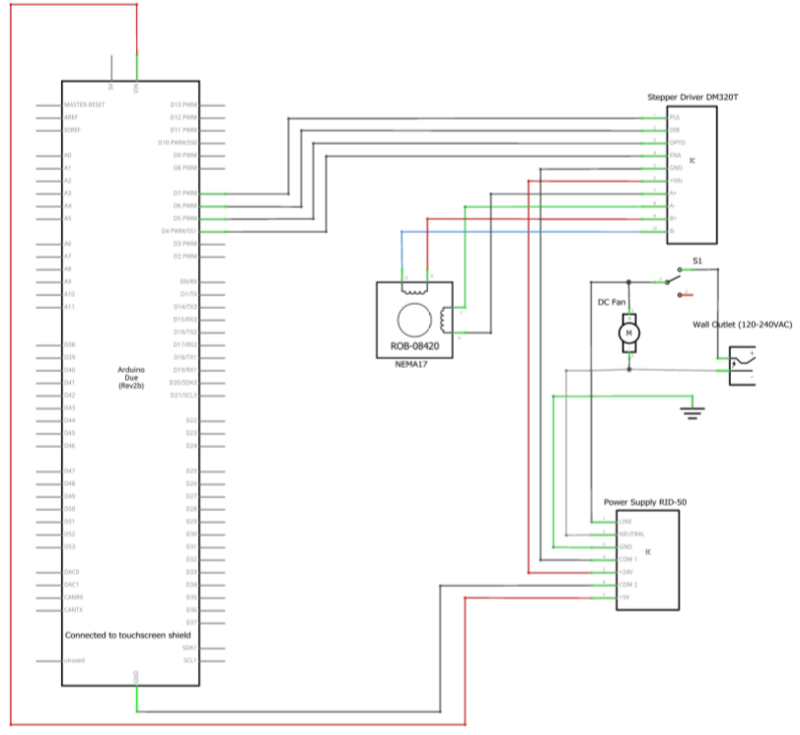 As specified by our client, the Rat Track had to operate with linear speeds of 0.5 to 15 cm/s, with a resolution of 0.1cm/s. The formula used to control the stepper motor delay based on desired linear velocity was a function of the steps per revolution (controlled by the DM320T Stepper Driver) and the radius of the treadmill’s drive roller.

The 106 converts the delay in seconds to delay in microseconds used in the Arduino code. However, initial tests showed that at speeds above about 12cm/s (i.e. where the delay in microseconds became smaller, and thus required more precise timing from the Arduino) were less accurate than slower speeds. In order to verify these results and form a calibration equation, speed tests were filmed using a smartphone’s slow-motion video setting. These tests were analyzed in video editing software in order to count the number of frames it took the treadmill belt to travel a set distance, marked with pieces of tape.

The exact time taken to travel the distance between the markers was found by dividing the number of frames by the framerate (in frames per second) of the camera.

Velocity in centimeters per second was then calculated by taking the distance between the tape markers (measured in centimeters) and dividing by the time.

Multiple trials were run over a wide range of velocity values. The results were then plotted to find a line of best fit. The equation of this line is the calibration equation used by the Arduino to get accurate results within 0.04 cm/s. The equation already factors in the steps per revolution (800 steps) and the radius of the drive roller shaft (1.11125cm). 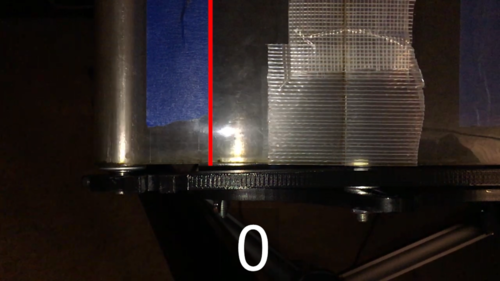 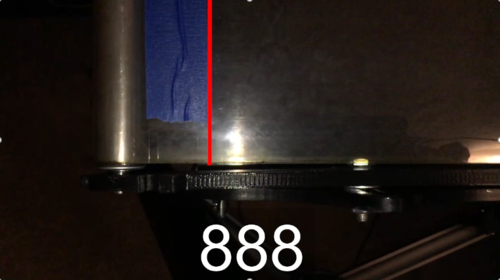 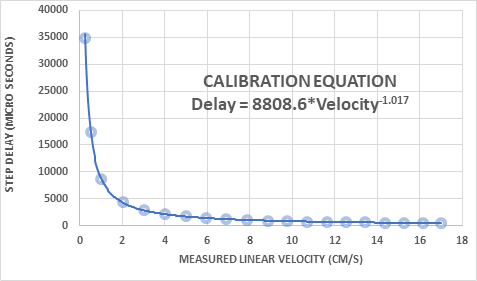